SONDER- I AM NOW IN KISHI BASHI’S LIFE MOVIE

There are a lot of words I could use to describe Kishi Bashi, including lyrical genius, daring innovator, and brilliantly talented violinist. As of yesterday, when I had the incredible opportunity not only to cover his show at the Fillmore, but to ha 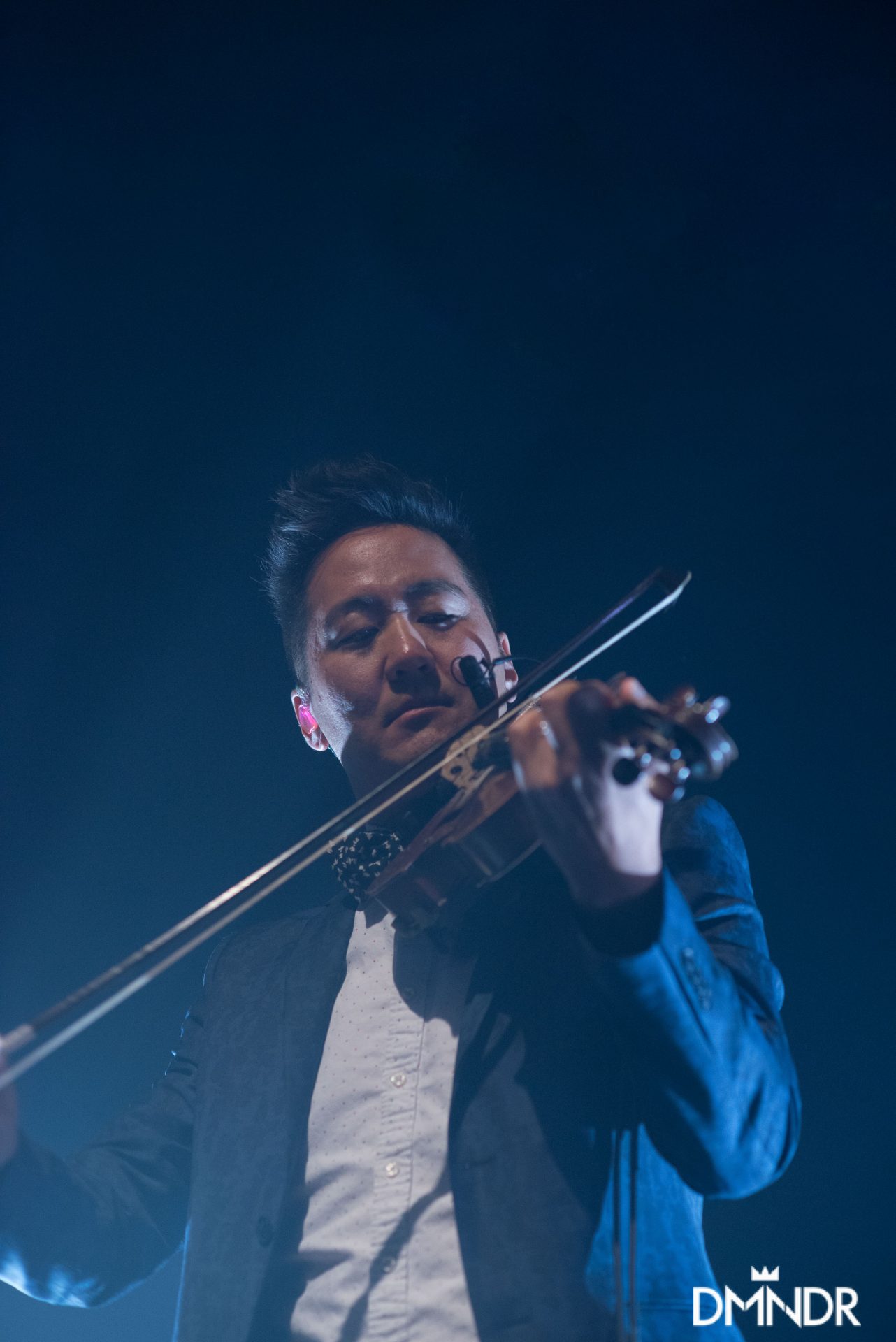 There are a lot of words I could use to describe Kishi Bashi, including lyrical genius, daring innovator, and brilliantly talented violinist. As of yesterday, when I had the incredible opportunity not only to cover his show at the Fillmore, but to have a private photo session with him, I would also add that he’s a really nice guy.

Embarking on this tour was a bit of a gamble for Kishi. His most recent album, Sonderlust, was written from a place of profound pain and personal heartache. Without delving too deep into his personal life, he had reportedly experienced some marital turmoil, due in part to his hectic touring schedule. Instead of getting sad, or mad, or putting down his violin for good, he wrote a compelling, experimental new album about love, relationships, and the concept of “sonder.” For those of you who don’t have word-of-the-day toilet paper, “sonder” is a word invented by John Koenig, author of The Dictionary of Obscure Sorrows, to describe the bittersweet complexity of the human experience. To quote him directly:

Kishi swung for the fences with this album, and hit a grand slam. Sonderlust is a masterpiece of creativity, complexity, and raw emotional honesty, so I was beyond excited that I had the chance to meet the man behind the magic and take his picture.

When I arrived at the venue yesterday I was a few minutes late because of an accident on the highway, and starting to panic despite his manager’s calm reassurances. In a way, that was actually the best possible situation, because I didn’t have enough time to start overthinking what I would do or say. One minute I was sprinting up the street with my camera bag, and the next I was downstairs in the bowels of the Fillmore, shaking Kishi Bashi’s hand. I only had a moment to reflect on how surprisingly not-starstruck I was before I launched into full photographer mode, prepping a hallway for our quick shoot. If you’ve never met someone famous, let me tell you that the most shocking thing can be how normal they are, or at least it was in my case. Kishi sat on a couch in the adjoining room while I set up my equipment, looking more or less like a 3rd grader on picture day who has been handed a comb and has no idea why or what to do with it.

I wish I could tell you he was in the middle of writing a new song, and asked for my help, or that he laughed and joked with me like we were old friends, but this was an experience very much grounded in reality, so neither of those things happened. Instead, we engaged in polite, if slightly awkward, small talk while I worked. I learned that he doesn’t like having his picture taken, and was enjoying his day so far, except for the rain, a sentiment he later echoed on stage. Either this guy really gets bummed out by rain, or he has learned that the weather is a great thing to talk to strangers about. At the final step of my setup I noticed our disproportionate heights and mentioned that I would need to find something to stand on. He offered the chair from his suite, and before I could say anything, he had picked it up and moved it over to its desired spot. I can count on one hand the number of clients who have physically assisted me with equipment, and I remember fleetingly thinking “What a gentleman!” The shoot itself flew by in the blink of an eye and he seemed pleasantly surprised by that fact; he thanked me at least twice for the brevity. Then before I even had a chance to catch my breath, I was back at my car, reflecting on what an easy, normal process the whole thing was.

It was a beautifully apt example of “sonder.” It’s easy to build someone up in your head, famous or not, and let your imagination make them into an idealistic fantasy. It’s equally easy (and perhaps necessary) to stand in the middle of a crowded metro station and not acknowledge that each person surrounding you has their own complex universe inside of them. I feel lucky that I was able to see a glimpse of Kishi’s real universe: a down-to-earth, nice guy, who happens to also be a successful musical artist. I feel equally lucky that I got to stay for his performance, because he wears a completely different persona on stage.

His show was an absolutely transcendent experience, a deliciously perfect combination of sight and sounds. First and foremost a classically trained violinist, he exudes confidence and charisma when he plays, moving with his instrument as if it were a part of his body. I could see quick flashes of the man I had met earlier when his technology briefly malfunctioned, and he shot the audience a bashful smile and a small shrug. For the most part though, he was Kishi Bashi, Performer, and he absolutely brought the house down. I’ve listened to “Bright Whites” hundreds of times, but I’m not sure I ever really heard it before. Kishi and the banjo player built up to the number with an intense, duel-style play-off, and the energy somehow only went up from there. When he sang the chorus, all of the stage lights blinked on, an overwhelming, bright, white glow. A few songs later he followed with a solemn, haunting rendition of “I Am the Antichrist to You,” maintaining that intensity, but completely changing the tone. I’m so impressed by Kishi Bashi, both the person and the performer, and his exploration of what it means to be human. Oh, and he beat-boxes.

Check out our exclusive interview with Kishi Bashi here: 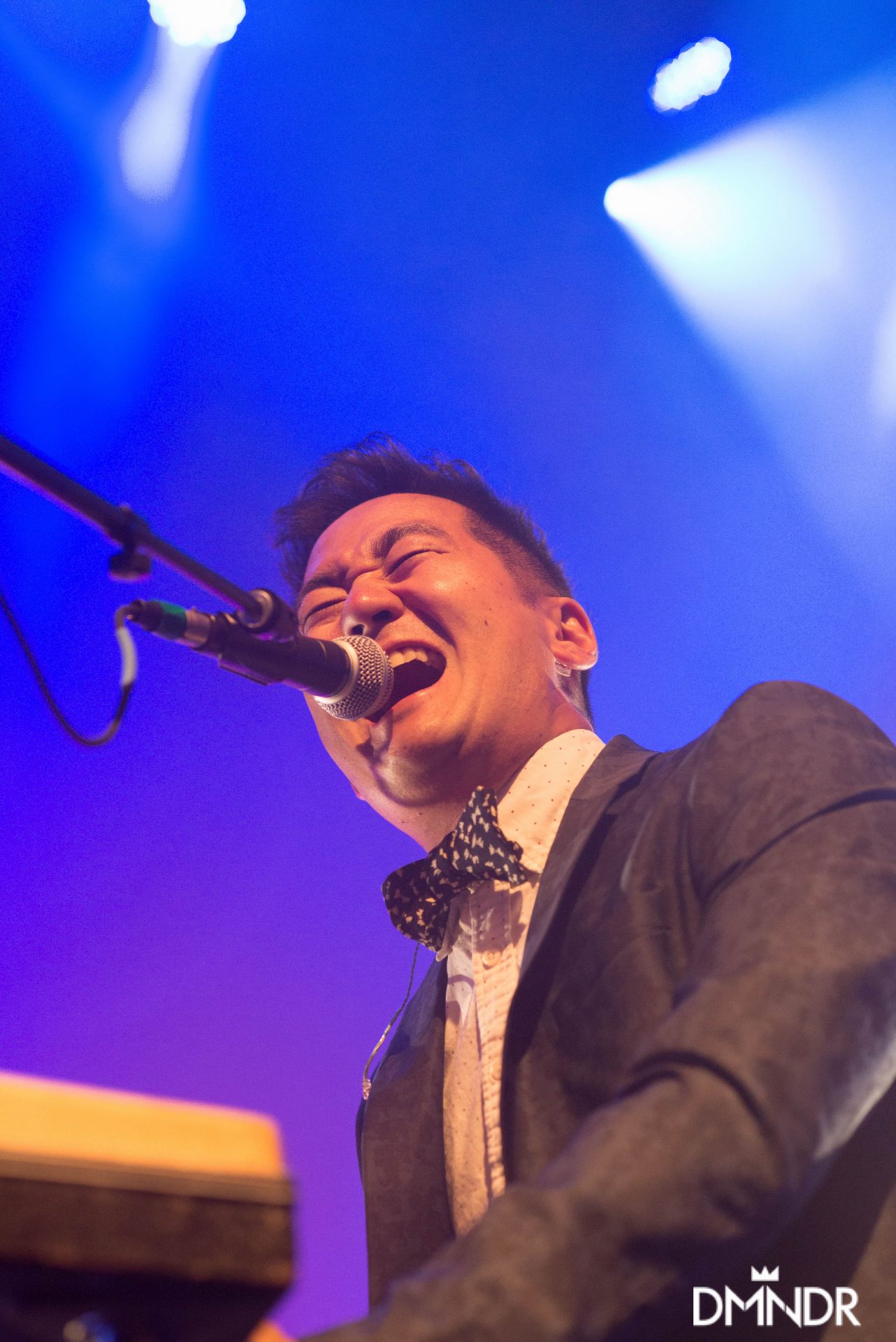 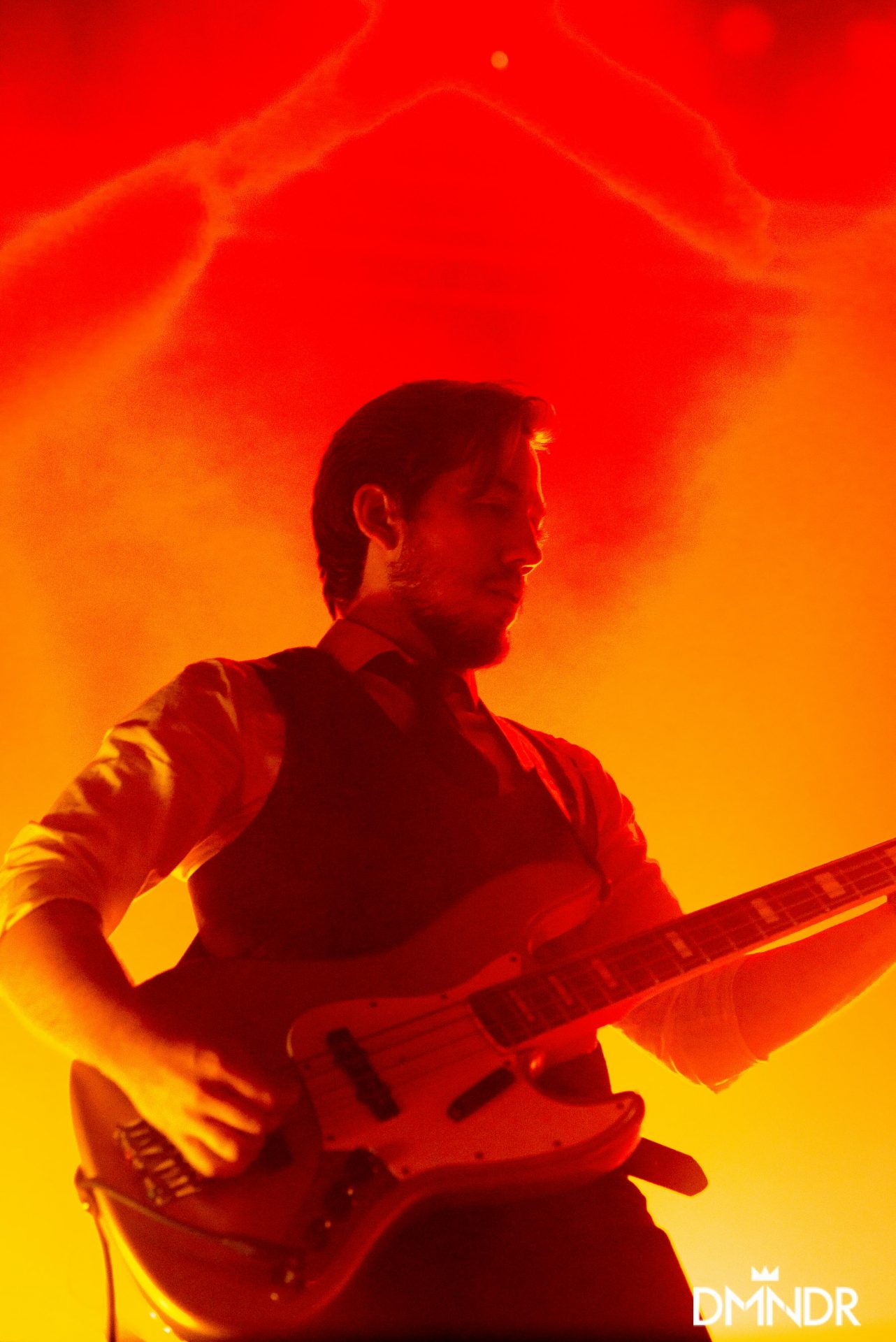 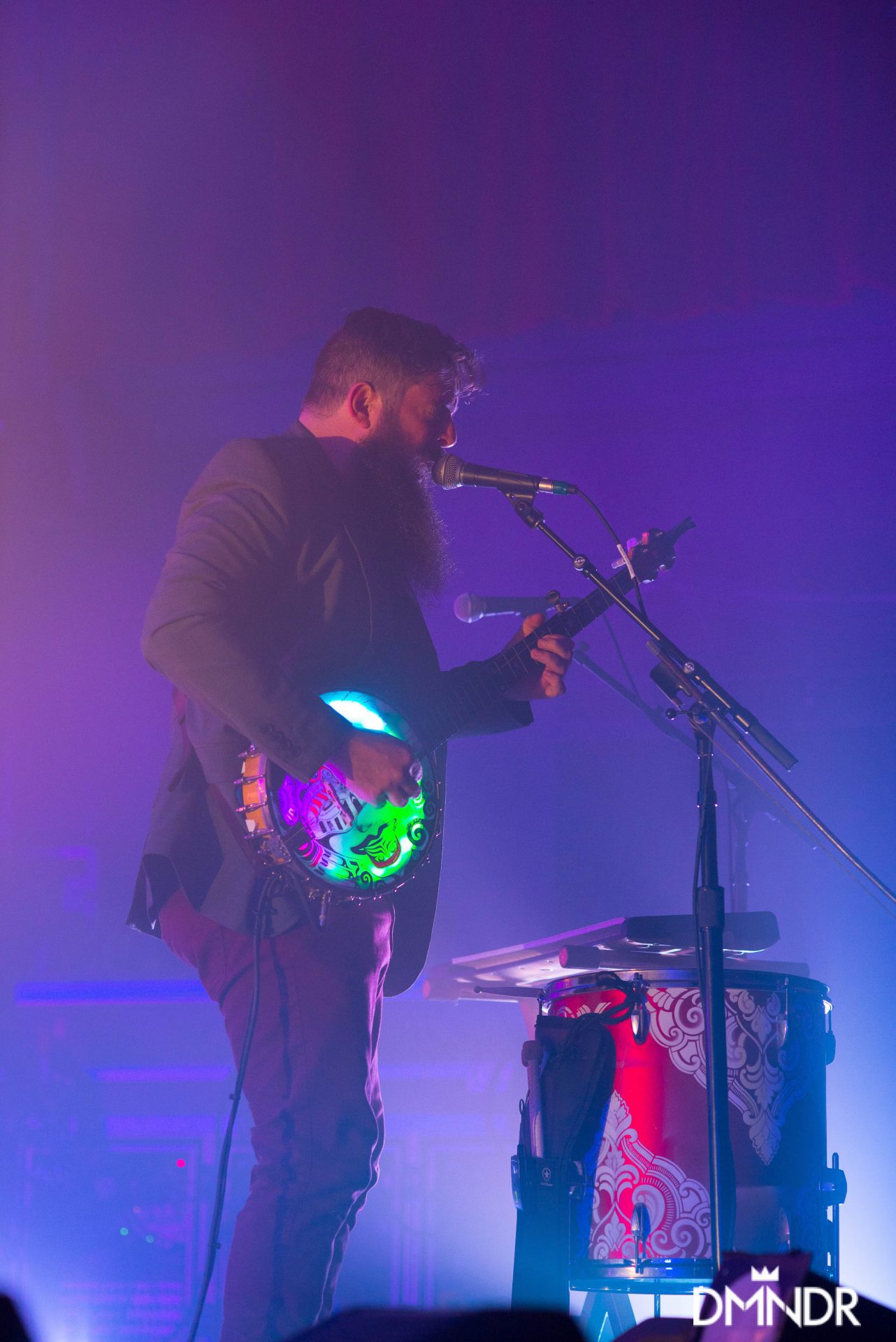 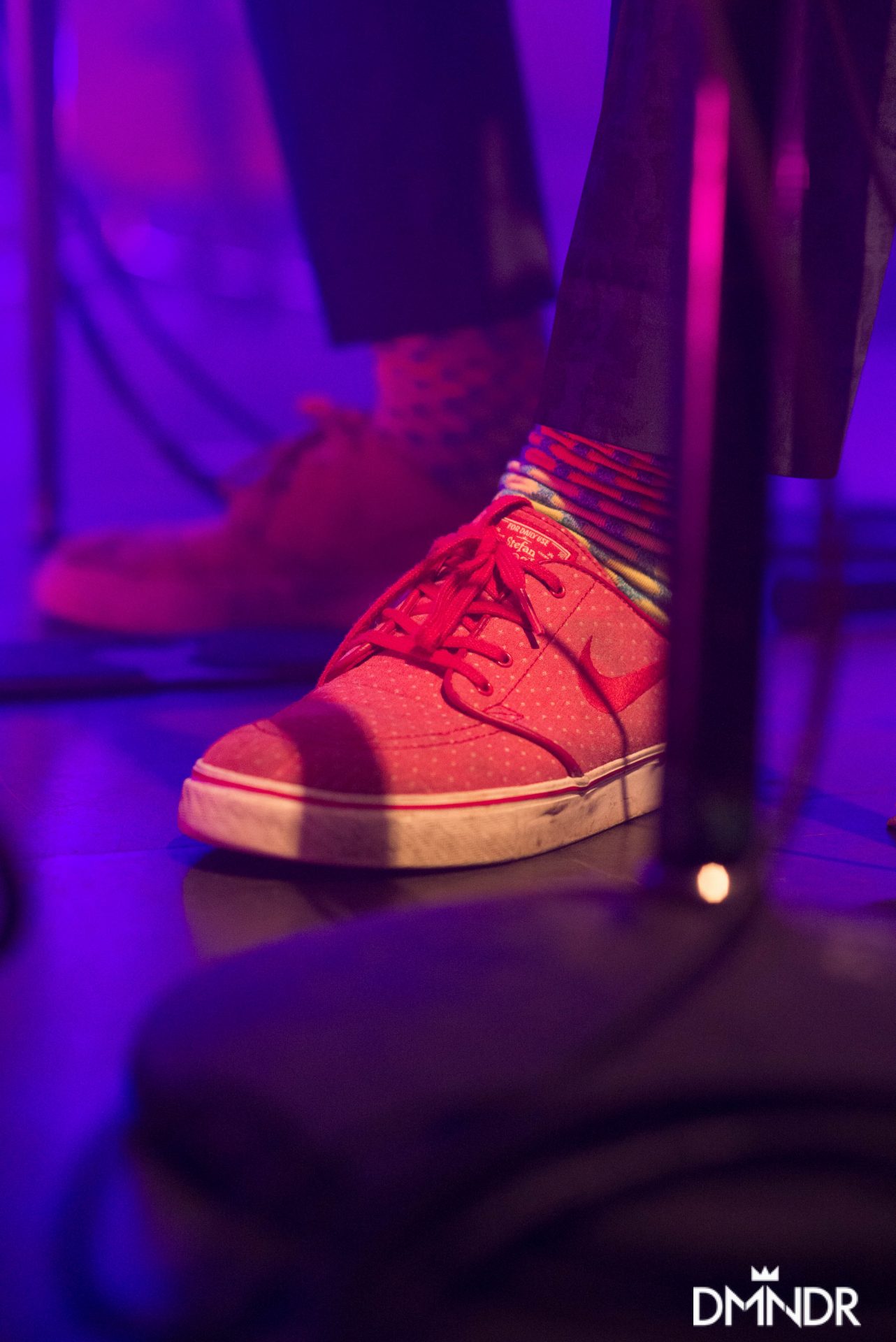 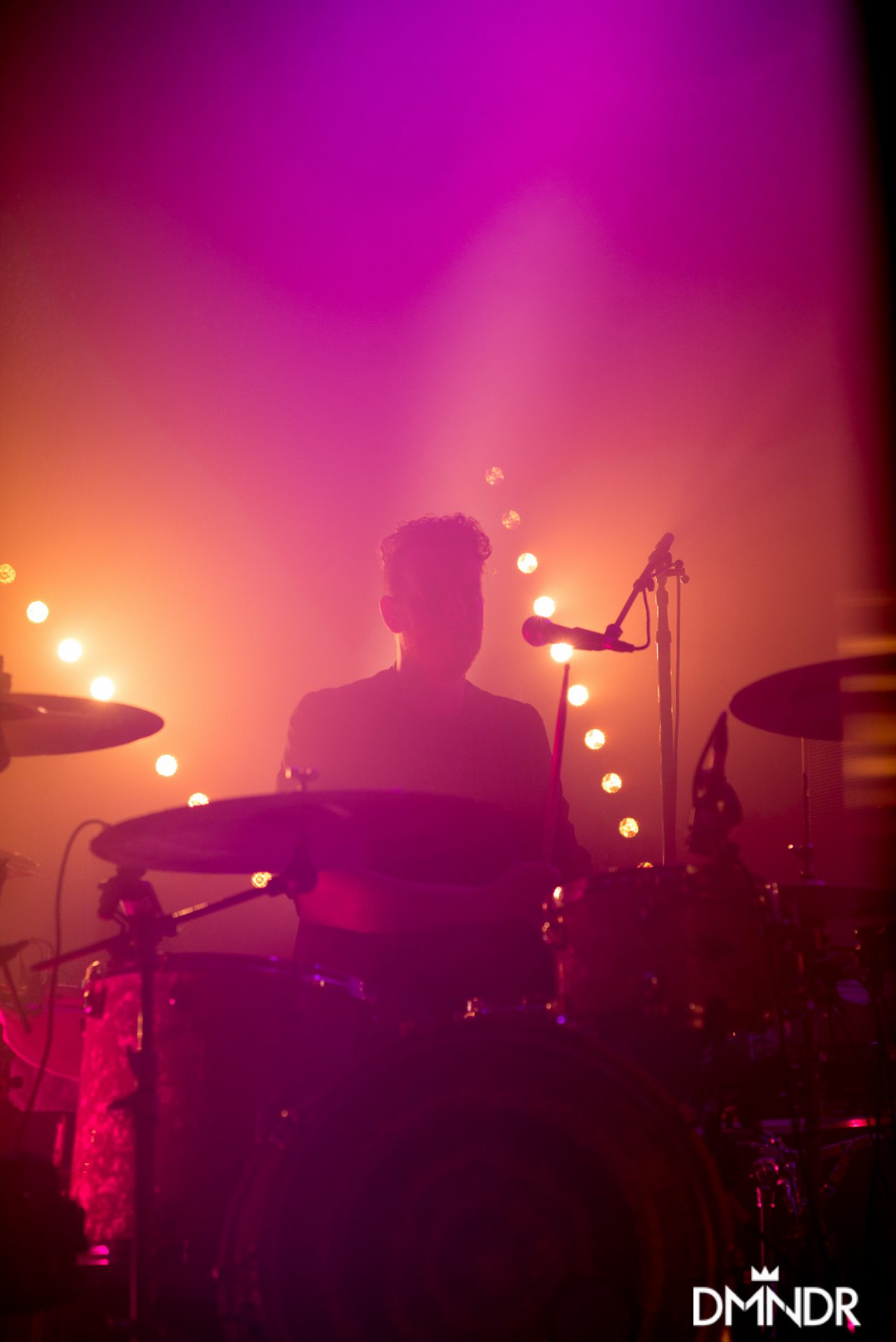 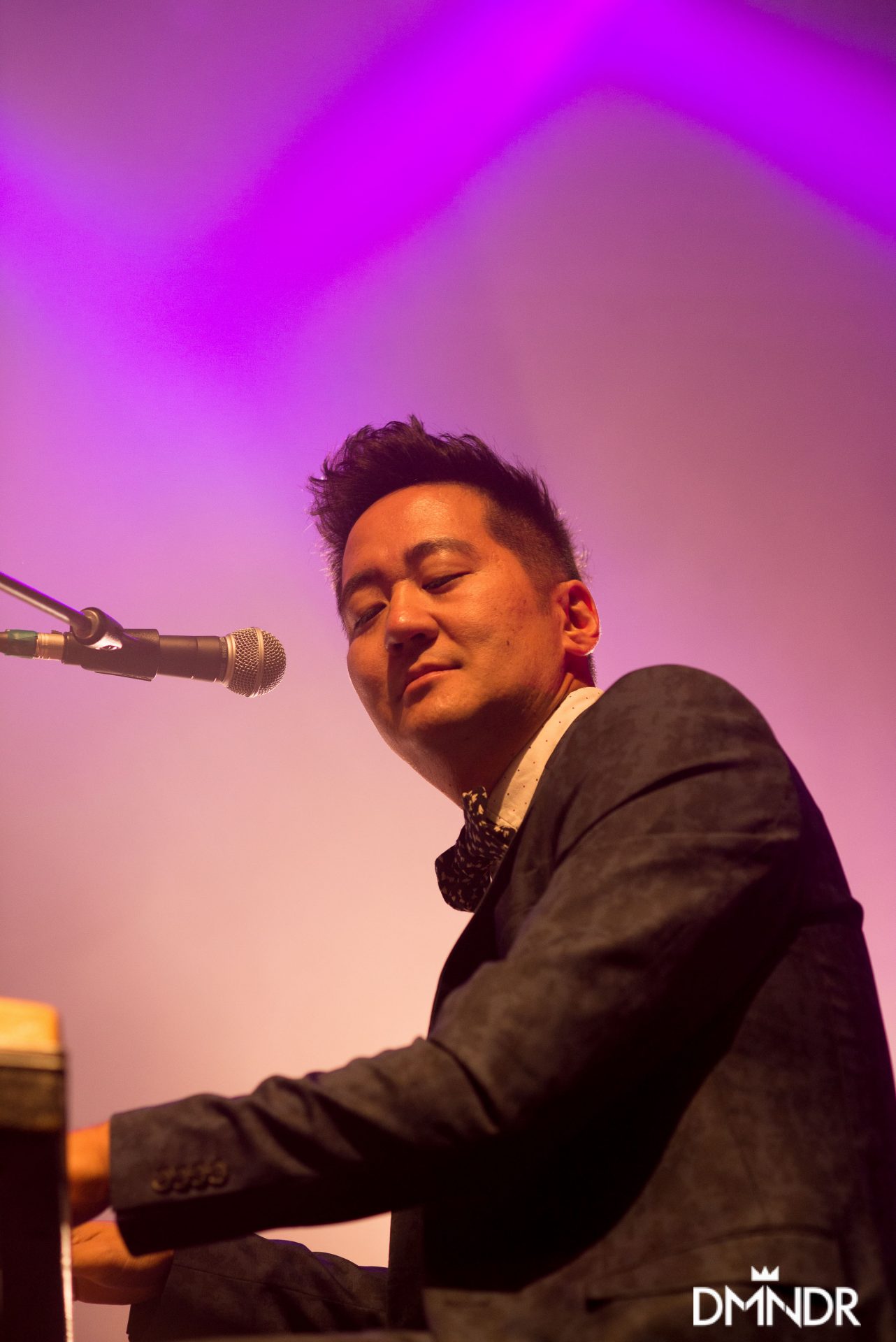 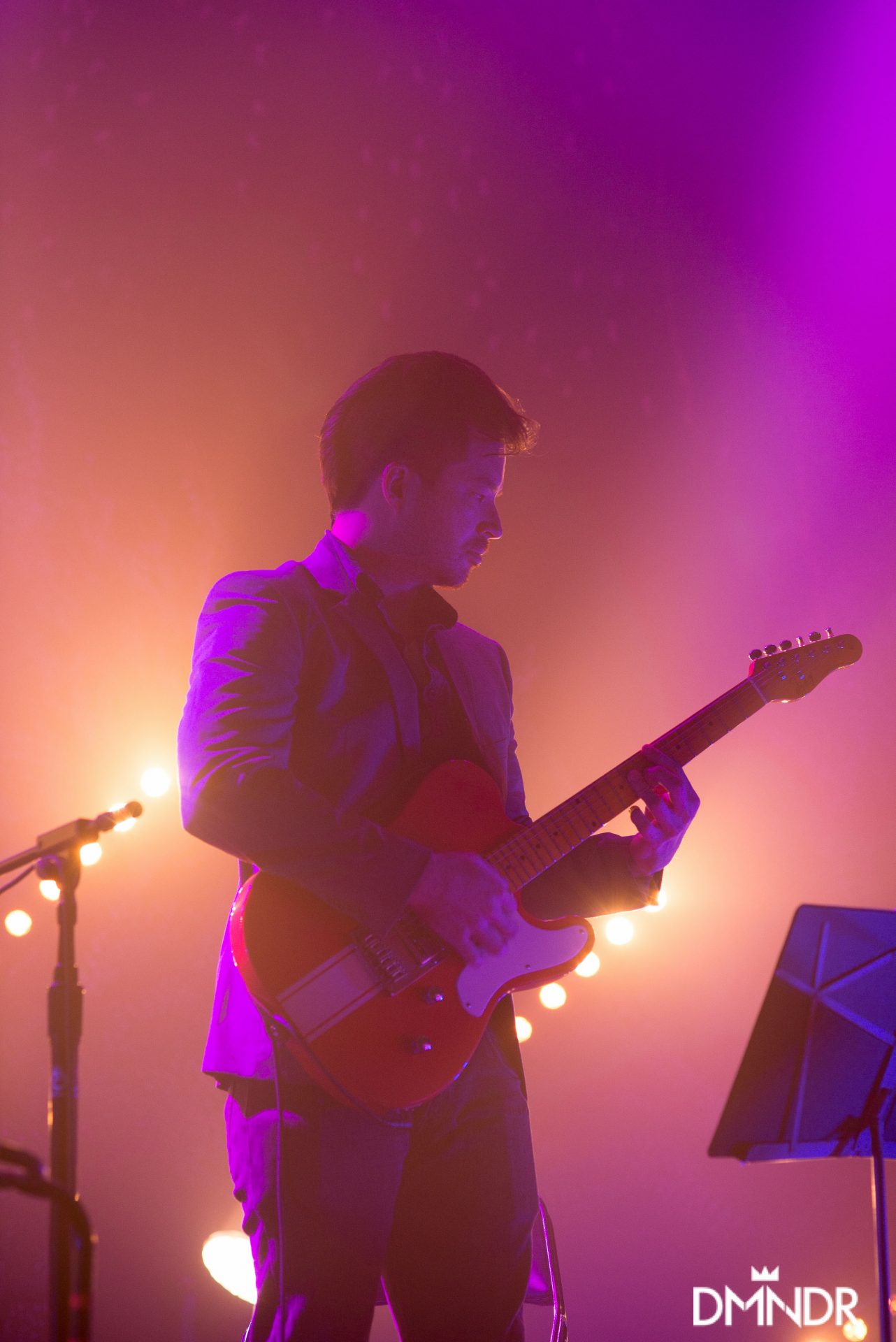 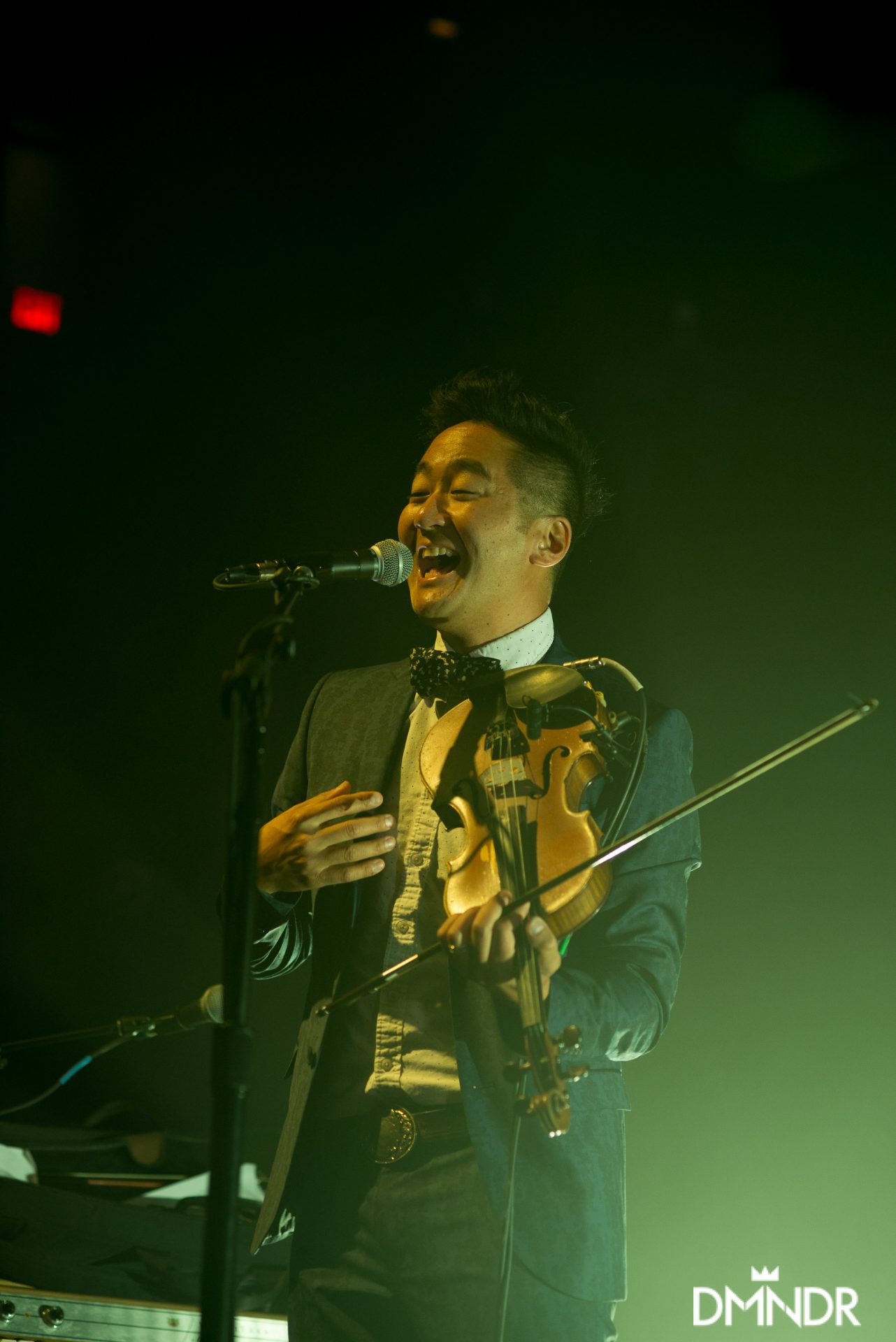 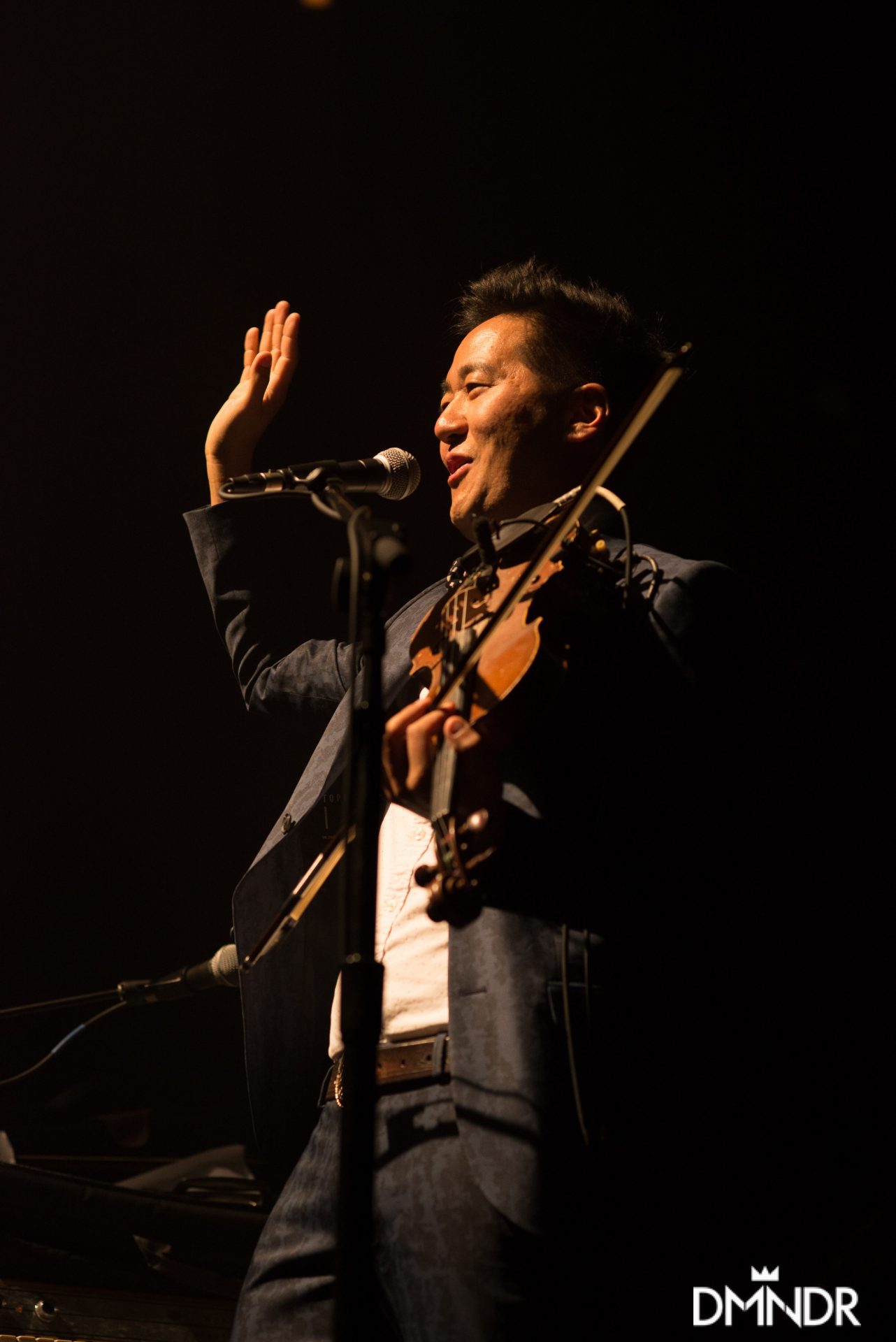