The performance given by Tank and the Bangas at U Street Music Hall in Washington, DC last night was

Tank and the Bangas

Explosive energy, emotional and poetic lyrics, theatrical batting lashes, captivating dancing, an Anderson Paak cover, absolute crowd adoration – the performance given by Tank and the Bangas at U Street Music Hall in Washington, DC last night was everything.

My introduction to this band was through NPR’s 2017 Tiny Desk Contest. Tank and the Bangas was unanimously named the winner and I have been obsessed with the holistically authentic group ever since. As luck would have it, I stood next to NPR’s Bob Boilen, the very man whose writing was responsible for my presence at the concert that night. In that moment, it felt like he was sharing with me, and everyone in the packed venue, something very near to his heart.

From start to finish, I was completely mesmerized. It was so captivating that I did not even want to blink for fear of missing one of Tarriona “Tank” Ball’s artful facial expressions or magical moves.  The amount of musical talent on the stage was impressive enough, but each individual gave the kind of original performance that put smiles on faces, goosebumps on arms and tears in eyes.

I was grateful to have experienced Tank and the Bangas for the first time in such a personal and intimate setting.  Ball’s genuine charisma and charm made this show unforgettable. I highly recommend catching this tour while you still can – because this group is without a doubt going to blow up. 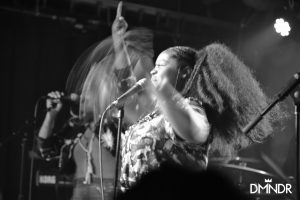 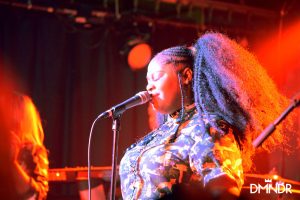 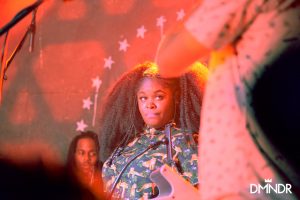 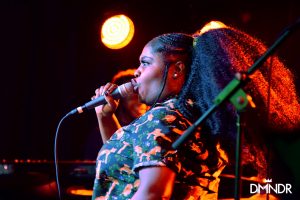 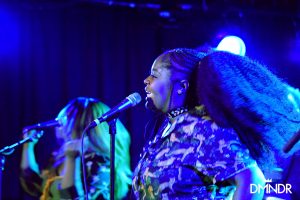 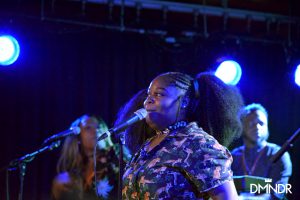 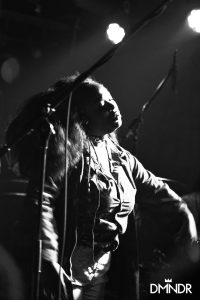 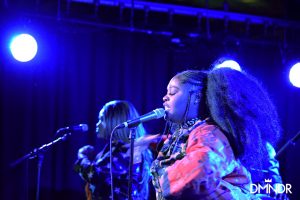 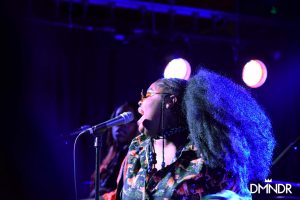 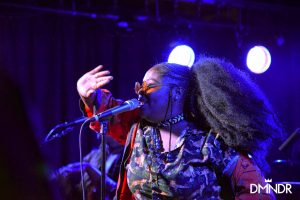 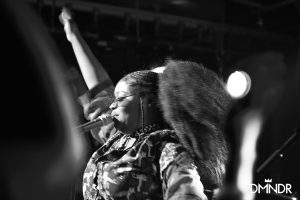 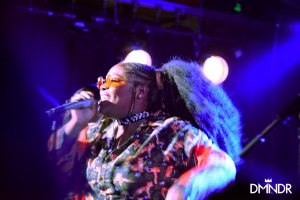 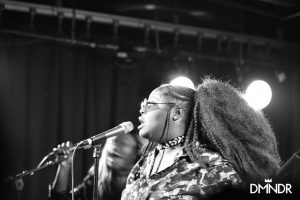